The new RW May Pavilion at the Yarram recreation reserve is all but complete, with the finishing touches expected to be complete within the fortnight. Paul Katz from Katz Architecture in Melbourne designed the building and was onsite on Friday to inspect the building, prior to the official hand over.
He said the design of the building was created with the local landscape and all recreation reserve user groups in mind. “the overriding idea for Yarram was to create a community building. It needed to bring together a lot of community groups and be flexible,” he said. Mr Katz said the location and orientation of the building were done deliberately so the social area focused close to the centre oval. He said as visitors drive down Buckley Street the first thing they are going to notice is the roof of the building. “North light into the social room was also a consideration and we have provided for the possibility of expansion for the future,” Mr Katz said. “We wanted the building to be warm and approachable and have a sense of fun, which can be seen in the colourful additions. We wanted it to be welcoming and friendly.” Mr Katz said the “eroded object” design of the building is an important part of the building’s appeal and was a big idea for the project. “It is a very dynamic building. Yarram is quite flat, so the idea was to grow the building out of the landscape and give it a dynamic form,” he said. “The design has a great sense of lightness and a hovering quality.” Seeing the building close to finished, Mr Katz said he was very happy with how it looks. “I am happy with it, but the proof will be in what the users think. It is very close to being finished and the committee will start moving in while the outside is finalised,” he said.

President of the recreation reserve committee of management Jack Millier said all the new furniture has been purchased for the pavilion.
“The Committee is extremely happy with what we have ended up with, it has et all our expectations,” he said.  “We are hoping.the football and netball club will be able to use the building for its next home game on August 8.” 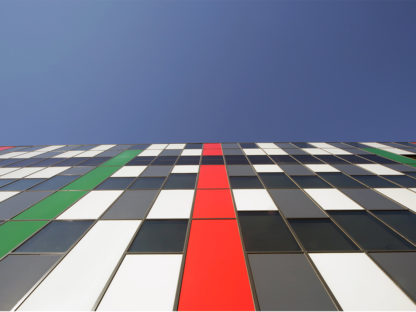 All Work and No Play? Not at Nexus Court. 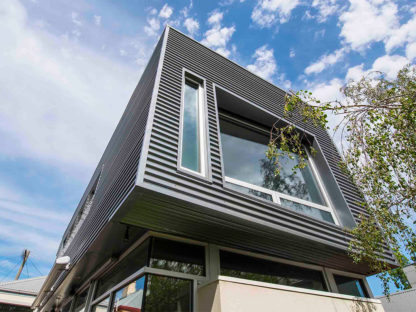 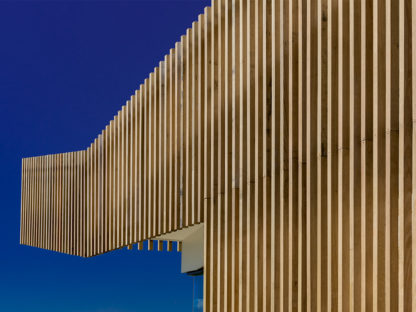